Real quickly, Airdrie’s doing good, we’re still trying to get to know the ward better and we’re still working on finding new investigators. But I did get to go on exchanges on Tuesday with the other Elders in Airdrie. That was fun! I was with Elder Glasgow (yes, that’s his name) and we had a good time going around with Bishop that evening visiting different members. We then had a POWERHOUSE lesson with the Young Men that night talking about our missions. Bishop asked us to bear testimony on it, so we did and it was just amazing. I love my mission. Elder Holland likes to say that no boy could have been affected more than he had by his mission. I think I’ll come out saying the same thing! Just so you all know, I knew nothing about the gospel and missionary work until I came out here. I THOUGHT I knew a lot, but you can never be fully prepared for what a mission teaches you. I love it!

Later that week I went on splits with Elder Dewsberry and taught a member the resoration, which was just amazing. Very strong lesson to help her and us! Then on Friday I went on exchanges with Elder Bates to Cumbernauld. That place is interesting! There’s no roads. Just paths! Okay not literally, but that’s what it felt like. It was good. After that, we caught a train to conference!!

So, my favorite talks:

-Elder Christofferson – I learned so much about the Law of Justice, grace, and accountability. I’ve actually been learning a lot about the law of justice in my studies recently, so this was pretty cool. In my notes I wrote “By making repentance a condition to receive Grace, God satisfies the Law of Justice by allowing us to choose Grace ourselves.” God doesn’t force anything on us. If he did, he would violate the law of justice and cease to be God! I found that really interesting. And I love what he said at the end. We recognize that it is by Grace that we are saved, after all we can do, but God desires us to choose and learn for ourselves. God loves work!

-President Uchtdorf (Priesthood Session) he spoke about self evaluating and getting rid of pride. SO GOOD. It was in priesthood session, but everyone should watch it.

-Elder Oaks – kinda a peacemaker talk. We realize the world is changing, and we’ve realized we just have to accept some of the changes that are happening in the world. Still stand for your beliefs, but love everyone while doing so.

-Elder Andersen – Don’t be dumb and leave the church cause you saw something questionable online. There’s always an explanation. You have a testimony, be patient!

-Elder Jorg Klebingat – How old was this guy?? Looked so young!! Anyways, 6 ways of facing toward the Lord.

-Sunday Morning session. These talks were interesting. So the speakers for conference are not assigned a topic, they pray and ask for guidance. Well, the first 4 speakers all spoke someway or another on sustaining the prophet. Then, the Prophet spoke on walking AS Jesus walked. I saw an intersting parallel with the first 4 speakers testifying of the Prophet and his role, and then the Prophet got up and testified of Jesus Christ, which is his role. Interesting!

Unfortunately I didn’t get to watch the last session yet, but I should soon!

Well, that’s my thoughts on conference. It’s like Christmas on a mission. Talk to you all later! 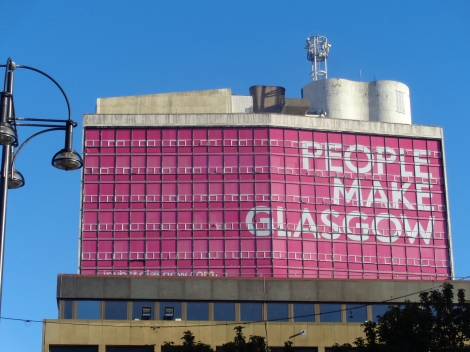