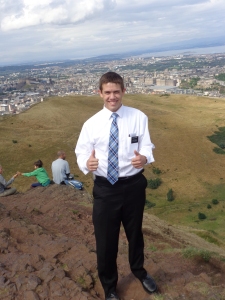 Before I forget, I want 1 Nephi 2:15 on my plaque! Just kidding, make it 1 Nephi 9:6 🙂 So this week went by crazy fast!! My companion is the District Leader, so I get to go on exchanges with every person in our district, besides the sisters of course. On tuesday I went to a town called Waterford. It’s beautiful and it has the oldest building in ireland, and it’s the oldest town in ireland. We made a really good curry for dinner and stayed in a nice flat! the next day we travelled to an amazing sea-side town called Tramore, there’s a huge beach there and it reminded me of when I went to san diego! We also went to a town called dungarvan, and we saw the tide come in for the night. it went CRAZY fast, the water moves at 70mph!! in waterford we taught this nice spanish lady. It was a great lesson, and I watched the restoration dvd for the first time. It was really good, besides the fact that is was in spanish. haha! She knows the church is true but just wants to be srue, so waterford should have a baptism soon! There was also a really big fire there. I saw black smoke rising from the sea for about 3+hours, it could have gone all day but i had to leave town. I think it was a tanker or something! So then Thursday night i was back in Cork. We had plans for a joint teach with pres. roy, and we got to the house and she didn’t want to see us. Then we decided to go to someone else. They said no, and so finally our back-up plan to our back-up plan let us in. Shes a lady named Yvonne who we met on the street. We had rang her at least 10-15 times in the past 2 weeks, she never answered, so we decided to stop by her place and she was happy to see us and let us right in! We had an EXCELLENT lesson with her on the restoration, and Pres. Roy was a huge help! Joint teaches with members are such an amazing experience, they help so much! So we meet with her again this thursday. but yeah that was basically my first good lesson inside someone’s house and it felt great! Then on Friday we had another exchange, and i was leading the area and my comp. went to waterford. I was in charge for the first time ever, and the first guy we talked to that day was a recovering heroin addict who found God in his life. His name is Martin, and we had a lesson with him on the street for about 1 hour. It went VERY well and he knows we were sent by God to see him. I asked him to read 1 Nephi 8, Alma 26, Alma 40, and Moroni 10. All great scriptures! He said he would and was soooo greatful that we gave him the Book of Mormon. So I think he got lost on his way to church this week, but we’ll be sure to see him again. We also got a new ward mission leader this week, his name is Bro. Ficquet. He’s from france but speaks english, and served in Leeds England mission. We met with him yesterday and he is very brutally honest and straight foreward, he is really what this branch needs so we are so excited to have him! Ward mission work is so important. Someone put it this way, “What would have happened if someone called in sick during the creation? What would be missing? Same goes for missionary work. Our job as members never stops.” That was paraphrased, but you get the idea! So our branch pres. likes to say if you don’t get the door slammed in your face, you aren’t trying hard enough. On friday, I got my first door slammed in my face 😀 Before we said a word, she said “I’m not interested in the crap!” and slammed the door. Don’t worry, I’m good at taking rejection, it hasn’t been too hard for me. But i guess that means I’m trying hard! haha just kiddin 🙂 This week has been good, i’m excited for our lessons! We have a Zone Conference tomorrow so I’ll be in Limerick for the day! Oh I also had an exchange with Elder Brown yesterday where I lead out our area. It was fun, and he is an AMAZING missionary, I learned a lot! till next week! 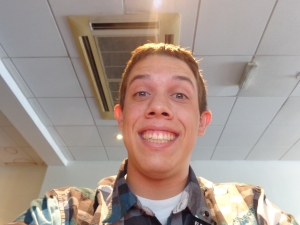 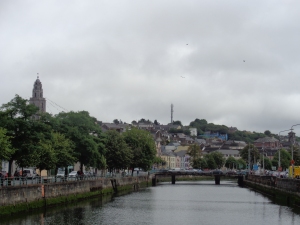 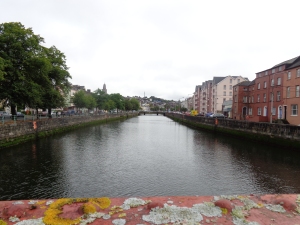