Hello!! I am serving in my first area! Cork, Ireland. It is the second largest city in the Republic of Ireland, but for some reason we are the only district in Europe. We need to make it a stake! I met my first companion, Elder South from Manan, Idaho. he short and weird but it’s funny and I’m glad he’s my companion! it’s really nice here, VERY cold but i’m getting used to it. it’s like 70 degrees!! So to get to Ireland we took a bus from Edinburgh to a place called Straenrar where we caught a ferry. it was huge!! it was a 2 hour ferry ride but it was awesome. We stayed the night in Belfast, Northern Ireland with a member couple, then the next day we took a train to Dublin, then another train to limerick, then another bus to cork. Lots of traveling but we finally got here Friday night!
I’ve done some street contacting and it’s been fun, I think (as weird as this sounds) working at Chick-fil-A made it a lot easier for me to talk to random people. I don’t feel nervous at all! I met my first Bible basher and I handled it very well, i had some things in my head that I knew could prove him wrong, but i kept my mouth shut. Then I asked him to be baptized, he said yes if God told him to, but then he started bashing again. I had my first lesson with a lady named Eden yesterday, she’s from Ethiopia. There are a lot of foreign people here, lots of Africans especially. The branch is sooooo small! Lots of less-active people that we need to work on. In priesthood on Sunday we had 8 members and when i spoke in sacrament meeting there were maybe 25-30 people.
Oh! so i met this homeless Rastafarian guy who looked like he hadn’t shaved (or bathed) for 50 years. he shook my hand and looked me in the eye and said “I feel something is deeply wrong with your energy. I want you to see a homeopathic doctor before you leave Ireland.” haha it made my day, and don’t worry Mom nothing is wrong with my energy!! I’m pretty sure he was drunk.
So I’m not in a driving mission, but I’m already used to being on the left side of the road now. I think I’d be able to do it! we had an Irish member lady so “Oh you’re American? Do i need to speak slow?” She was joking around but it was still funny!
So I don’t think I’ll ever get to go to the temple in England on my mission. I really wanna see the new temple video!!
So there was a guy in the MTC who was picked to play for the French National Rugby Team. He got in an accident and can’t play again for two years. he took that as a sign to serve a mission. It’s really cool to hear people’s conversion stories from all over the world!
So here in Cork we live in a 4 man flat. We have 1 bedroom, a luggage room, a workout room, 2 1/2 bathrooms (2 showers, 3 toilets), a kitchen, and a living room where we study. it is VERY nice for this area, we’re lucky! I live with 2 other missionaries, Elder Brown and Elder Allen. Elder Brown is related to the Rollins who used to be in our stake! It’s so much fun!!
That’s so cool that I was in the pageant pictures online!! that night was dress rehearsal so that’s why it looks bad. haha no i’m keeping with my side bag cause they said we can’t use backpacks anymore. I’m glad the girls got a school and it’s so cool that the person from So you think you can dance taught them! Good luck with the nutcracker girls it sounds like fun!! Oh and Dad thanks for updating me on sports, hopefully the dbacks will keep it going!

So to send letters to me:

And packages can be sent to the Limerick Zone address, it’s on a paper that my family and Elise have. I’ll be here for the next 3 months for sure, so probably don’t send any packages to the Limerick Zone after October 12. any packages after that, send to the mission home in Edinburgh until I update my new address after transfers in 3 months! But i do stay here in Cork for 2 transfers, 3 months! Another thing that missionaries told me to do is to tell people to order stuff for me from Amazon.co.uk, it’s a lot closer so it will get here faster, plus you don’t have to pay sooooo much more!
Well I think that’s all for this week, thanks for everything guys I love and miss you all!
-Elder Starr 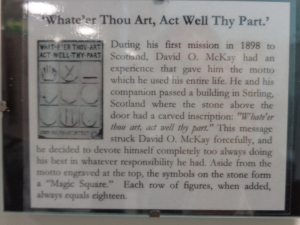 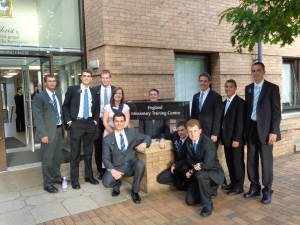 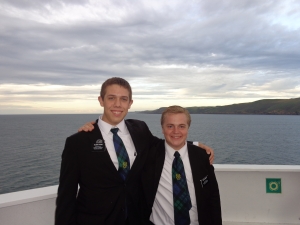 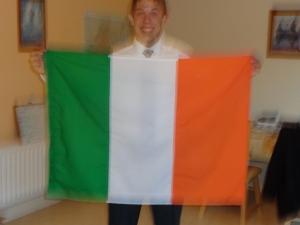